I became a new breast cancer survivor during the 2020 election season.  Although still in treatment and pandemic quarantine I was inspired by the changing world’s response to George Floyd’s murder. Indeed, riveted by healthy folks, young folks, and finally fed-up white folks, I wanted to be part of it.

At the same time, the Lincoln Project’s videos emerged. These former Republicans weary of the Maga Agenda are producing “attack ads” to defend democracy. They push the kind of hard-hitting, yet truth-telling messaging I knew progressives needed to engage voters. So, I thought I can do that!  Create a video that stumps for an issue that matters to me close to home.

That 2020 issue was the repeal of Prop 209 which banned affirmative action. A Yes vote on Prop 16 would restore measures that minimize discrimination.

Of course, after 24 years of banned racial equity, gains made by women and people of color disintegrated.  The losses cost quantifiably 1.1 billion in contracts according to impact study results.

You can finish reading more about how  Poor Messaging lost Prop 16’s Prosperity on my blog.  If you care about economic justice, it’s a deep dive into the issue. I share how some insights from my experience emerged and thoughts on how content creators can make an impact.

But, we’ll keep it concise here.

I designed this video to practice and maintain my skills while convalescing.

To start, I researched Prop 209 and how its antidote Prop 16 made it to the ballot in 2020.  State Assemblymember Dr. Shirley Webber pointed out that the fuss over college admissions is a smokescreen. Indeed, for the billions in public contracting that underrepresented people are discriminated out of.

With that understanding, I knew I wanted to make public contracting the focus and use the study findings to back it up.  I’d only have moments to tell this story, 30 seconds to be exact. I wanted it to be substantive and quick, you’d immediately get it.

There are a couple of production features I am especially proud of. One, the opening shot, the image of a television in an apocalyptic scene which I masked in the old news footage of Prop 209 coverage.  It’s so desolate and matches perfectly what I’m saying. Two, the footage of a woman of color taking care of business while her rowdy kids play. For the low, well no budget I think I did really well sourcing footage for this mockup. Also, my sound effect is timed so perfectly when the study graphics slide together, it sounds like a vault closing. Yes, see me popping my collar!

My warp effect transition from the protest image to the construction workers’ footage didn’t quite wind into each the way I wanted it to because of the differences between an image and video. Still, it matches the warped circumstances of Prop 209, so I left it as is. Of course, I would have loved to have footage of Dr. Webber and the celebration of getting Prop 16 on the ballot rather than a picture, but it suffices.

Overall and most importantly, the message is clear. Vote Yes on Prop 16 because of lost billions.

I enjoyed making a political ad and exploring my aptitude for it. Would be nice to collaborate with some policy wonks on a project like this in the future. 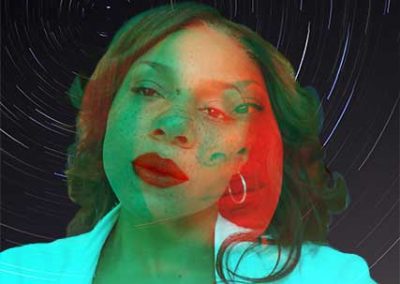