I was asked again to shoot and interview candidate Barbara Bry on how her platform addresses election issues. Selecting affordable housing because of its importance to the San Diego Monitor News audience. Barbara outlined her views on rent control and regulating AirBnB to aid the housing crisis.

Less formal than the Marianne Williamson interview, the unbranded home setting of this interview demanded that I concept and develop an intro for the event and a special election news graphic strategy.

Composing linear shots of Barbara in thirds from coffee and tea time on the patio with event-goers as the opening feature. I also overlaid an animation of the NOW logo and designed a coffee mug title graphic.  Making the guest of honor stand out, in a down-to-earth manner.

Then, inviting viewers behind the scenes I allowed the intro to flow into my setup as I step from the camera to be seated.  It’s visually interesting, as there are people mingling in the background getting breakfast.

Set to music that matches the upbeat yet casual occasion, I paced a glamorized SDMNews logo animation. With waves of glowing flare, the logo fades and zooms into the center of the screen on a sheer brand-colored overlay that fades and zooms out as the interview begins.

Alternatively, the closing graphics in the same style adds a professional polish that brands this type of coverage. 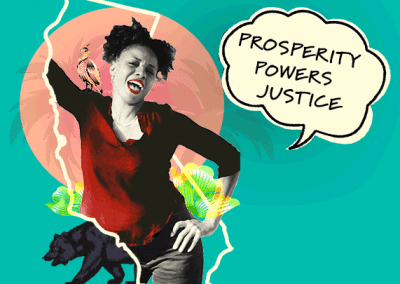 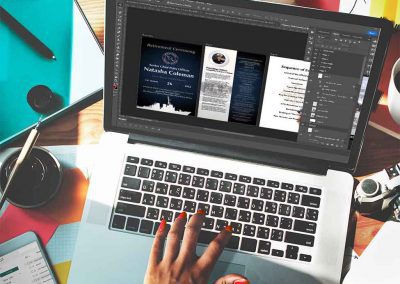