Ladies, Let’s Get in Formation 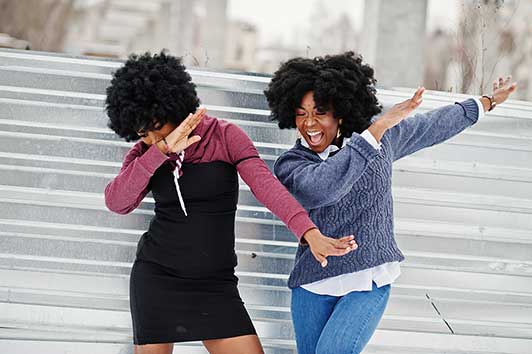 Lands a bit astonishingly at this pivotal point in history. We are a big girls club with more in common than feminine care products, and thank goodness those aren’t at risk of being outlawed by the impending overturn of Roe v. Wade… well, yet.

Out of 70 million women in the US, according to the CDC, about 50 million of us are of childbearing age (15-49) and currently use birth control.  Call me crazy but with numbers like that, we could be dangerous to the status quo.

We should relentlessly “ban” together in our own interest. You know, like take any and every incremental opportunity large or small persevering in secret, if need be, to knock down fifty years of precedent.

However, in this case, the precedent we need to rid ourselves of is second-class citizenry when we are half the world, that makes 80% of healthcare purchases in the US and primarily takes care of everyone else from children to our elders.

No disrespect to all the women-led organizations, activists, advocates, allies, and healthcare providers that have been coming together, working hard and continue to give of their lives by caring for and safeguarding women’s reproductive rights. You know who you are and thank you!

But, in the wake of worn-out paradigms revisited, that don’t reflect the reality of power we possess nor our ability to design our destinies:  This is a rallying cry for women across spectrums of industries, lifestyles, and socioeconomics to adopt a mindset and conduct of solidarity with a greater intensity than ever before.

In 2016 long before Trump and conservatives stacked the Supreme Court with anti-abortionists threatening our choices, birth control, and maternal health. Beyonce called to us to “prove to me you got some coordination!”  While we have responded, not nearly enough to stave off this long coming attack on women rights.

It’s time we teach our beloveds.  Those personal to us and more broadly society that our circle of care includes us!  Patterns of behavior, priorities, and policies at a minimum must honor what we give by listening to us about our bodies and health.  Their lives depend on it.

Most of us can’t or haven’t envisioned a world where we don’t have to pay for menstrual pads or tampons in care of our menstrual cycles, but for women in Scotland, it’s a lived experience.

This is the kind of respect that women deserve. Equal representation under the law. Women should not be penalized or coerced because of the natural functions of their bodies. Given our historical sacrifices and modern contributions both paid and unpaid to society, it’s incredulous an argument must be mounted again!

But since we must, what I’m imagining is a groundswell of small shifts in wealth accumulation and purchasing that reflect the power we do wield.

How to get in Formation

If there’s one thing, we’ve learned from the good ol’ boys it’s the near impenetrability of sticking together.  Whether you see yourself as an average American or a leader with influence, an artist, creator, or professional – you vote, have resources, make purchases, and can use them in support of yourself and each other.

See, this 80% of healthcare purchases women make are just the tip of the iceberg, we have way more purchasing power than that.  Women control 32% of the world’s wealth and  they are “adding $5 trillion to the wealth pool globally every year—faster than in years past.” according to Boston Consulting Groups research.

At a breakneck pace women turned to investing during the pandemic, a whopping 67% of women are now investing outside of retirement, a surge from 44% in 2018 according to Fidelity’s 2021 Women and Investing Study.  Year after year, women consistently post  returns on investments of up to 1%  better than men, which is a lot compounded.

With trends only expected to continue,  “Women are wanting to vote with their dollars in terms of issues that they think are important…” says Ann Senne, head of Advice and Solutions for RBC Wealth Management – U.S.

Well, let’s do just what Justice Alito advises we do at the end of his leaked draft opinion that’ll dismantle Roe. Contrarily, he deigns to support women re-doing, all they’ve already done while noting that “women are not without electoral or political power.”

Really, there will be no choice but to take that advice. However, back at the drawing board 50 years later, what’s not a “deeply rooted tradition” is 12.3 million women owned firms in the US with massive networks and outraged public support for reproductive rights ready to stand in solidarity.

While this is not a new concept, if more of us answer the call, there can be new outcomes that better protect us.  Especially in a day and age, where many women are poised to dominate in traditional and new market categories.

An emerging area of innovation that just makes sense for a big girls’ club is, of course, women’s health! Despite women being the conduit for life on earth, data shows persistent shortfalls in their modern healthcare due to systemic inequalities.  Yet, an all-female research team at Mc Kinsey & Company makes the case that women’s health is healthcare for all and shouldn’t be relegated to niche medicine.  A must-read, they point out the sectors that are ripe with opportunities for investment.

The same Mc Kinsey team dives into the rise, growth, and evidence of Fem-tech gains and its looming disruption.  Defined as “a range of technology-enabled consumer-centric products and solutions” that address female-specific care or other health conditions that affect women differently.  Like, maternal, gynecological, fertility, and reproductive – services, apps, and devices that tend to personalize, support, and/or improve care delivery.  More than 70% of the Fem-tech companies, studied in this report had at least one female founder.  Making the expanding category a great space for women inventors/entrepreneurs to be supported by women investors, followers, journalists, and content creators as tech blends with healthcare. 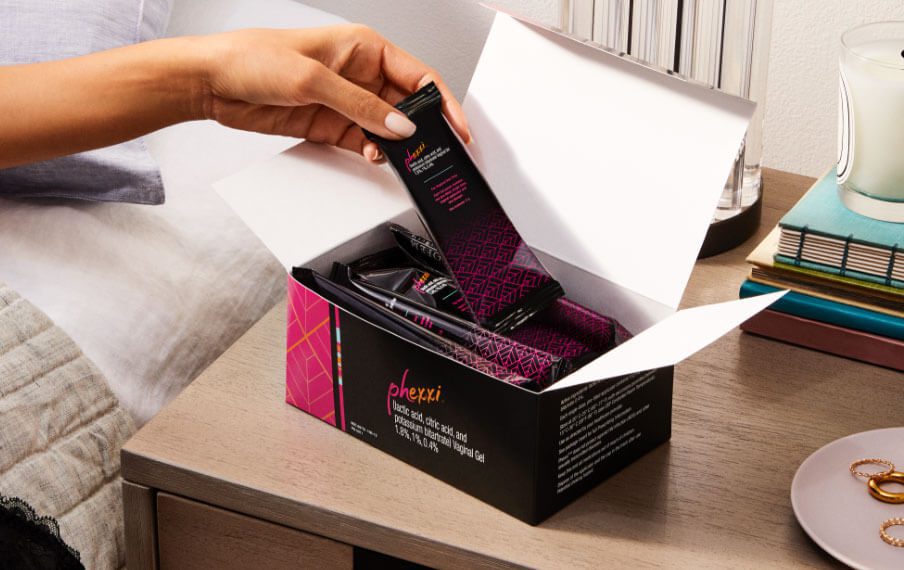 Missing from the Mc Kinsey Fem-Tech research is biopharma innovations that recently delivered a most significant advancement in women’s health.   Women unable to tolerate or suffering severe side effects from hormone-based birth control can now turn to Phexxi.

A revolutionary birth control developed by a women-led pharmaceutical company, Evofem Biosciences.  Committed to serving women’s unmet needs, CEO Saundra Pelletier and team launched the new method of birth control at the height of the pandemic while she was recovering from breast cancer.

The hormone-free birth control gel works by shifting vaginal Ph balance which immobilizes sperm during sex. It’s extraordinarily easy to use, eliminates hormone risks, and has proven FDA-approved effectiveness on par with other top-performing contraceptives.

The boutique pharmaceutical company has ongoing clinical trials for other sexual health solutions – a gel that protects women from – chlamydia and gonorrhea.

While I am not a financial advisor, and these thoughts should not be substituted for professional financial services. Evofem Biosciences is a publicly-traded company with stock options that women may care to get behind because delivering the first alternative method of birth control in 60 years should be applauded and thoroughly vetted by women.

For me, it stands as a symbol of respect.  Giving women the privilege of flexibility by embodying a women’s right to be in control and freely choose what is best for her. But definitely do your homework when investing.

Easy Calls We All Can Answer

Vote. Yeah, it’s that simple. To have rights we must exercise them. Vote for candidates that support choice values in both the mid-term and general elections. If you don’t see yourself as political or think you don’t have the time to get informed to make a sound decision, google it for your state, and ‘voila!’  You are an expert on your concerns, in 20-30 minutes you’ll know what to do.  Check out whenweallvote.org.

Donate. Participation is key, you don’t count if you can’t be counted. The way our politics are set up, small donations of $5, $10, or $15 from many people make a big difference.

Run for office or Volunteer.  Not only money but time, helping organizations like Sister District which aims to fill state legislatures with progressive lawmakers who will protect the concerns of women and families.  Support candidates or receive support for your candidacy if that’s your calling.

No doubt women empower women. Together with wealth top of mind and spent in our own interest, it’ll cause transformation.  So, stay gracious and slay.